Theresa Bentaas to be charged as laws were written in 1981 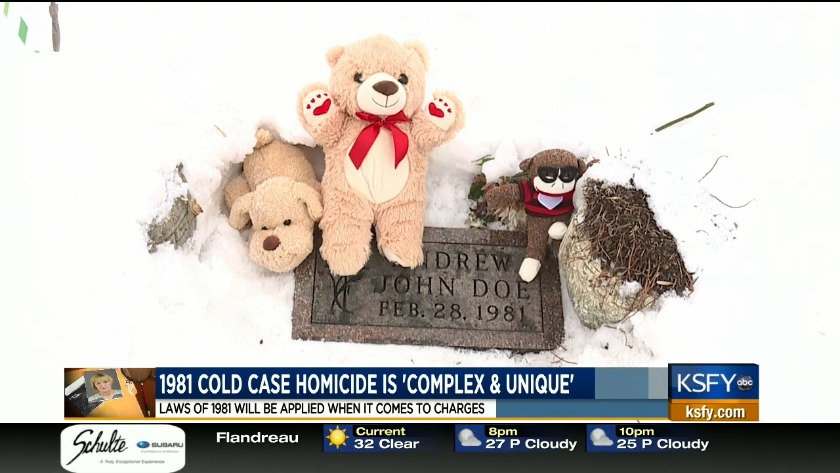 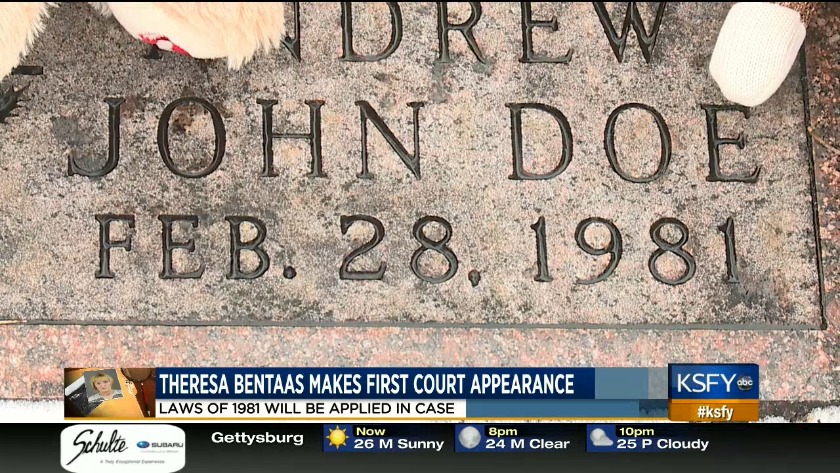 SIOUX FALLS, S.D. - The woman accused of leaving her newborn baby to die on the side of the road in 1981 made her first court appearance Monday afternoon. After 38 years, Theresa Bentaas was arrested on three alternative charges Friday morning, including first degree murder.

Since the crime happened in 1981, the laws at that time will be applied to this case when it comes to the charges. But that's not the only unique aspect of this court proceeding.

Another one of her charges is manslaughter in the first degree, which was classified as a class 1 felony in 1981. It's now a class C felony, but the possible sentence is the same, which is up to life in the state penitentiary. The only difference is that the fine for a class 1 felony is a little less.

"It's complex and it's unique. I don't know where this case will end up in the criminal justice system. There's a lot of different factors," Aaron McGowan said, who is the Minnehaha County State's Attorney.

This includes the way Bentaas was found through genetic genealogy. The Sioux Falls Police Department teamed up with a company called Parabon NanoLabs that has had some success with cold cases in the past. This company helped track down the "Golden State Killer" last year, where a California man was arrested in connection to 13 murders and dozens of rapes in the 70's and 80's.

"Over the last few months with Parabon Labs with the baby's DNA, their genealogist becomes involved and a few weeks ago, we did a web-x with them and they were able to determine some family trees for us," Detective Mike Webb said with the Sioux Falls Police Department.

From there, Detective Webb built potential family trees. He then identified Bentaas as Baby Andrew's mother through DNA information and genealogy websites.

"I'm not aware of a similar case in South Dakota, where the case was solved in this fashion with that combination of science," McGowan said.

Attorney Scott Swier is not involved in this case but is the founder of Swier Law Firm. He said this DNA evidence appears to be very strong and will play a vital role in the case if it goes to trial.

"It's shown how far technology has evolved since the 1980's to the point where that technology wasn't available then. And to now have the technology get better to the point that we're talking odds to 1 to 1 trillion is pretty incredible," he said.

On Monday, the judge decided Bentaas' bond will stay at $250,000 even though the defense tried to get it lowered.

Lee Litz, who found the baby in 1981, and his daughter were at the hearing Monday afternoon. They were happy the bond wasn't lowered. Lee's daughter, Crystal said they went to the hearing to support Baby Andrew, since he doesn't have family.