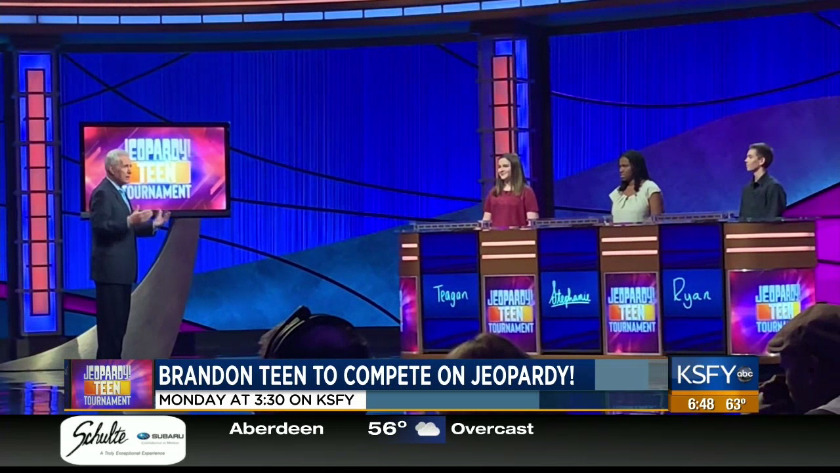 Brandon teen to compete on Jeopardy! 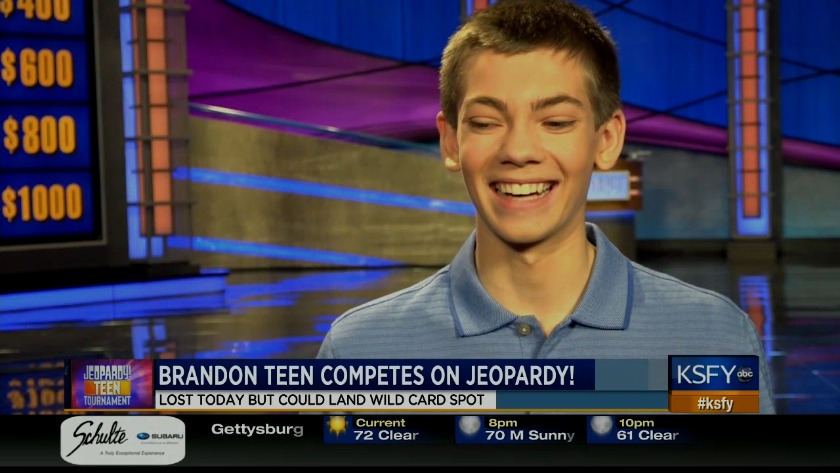 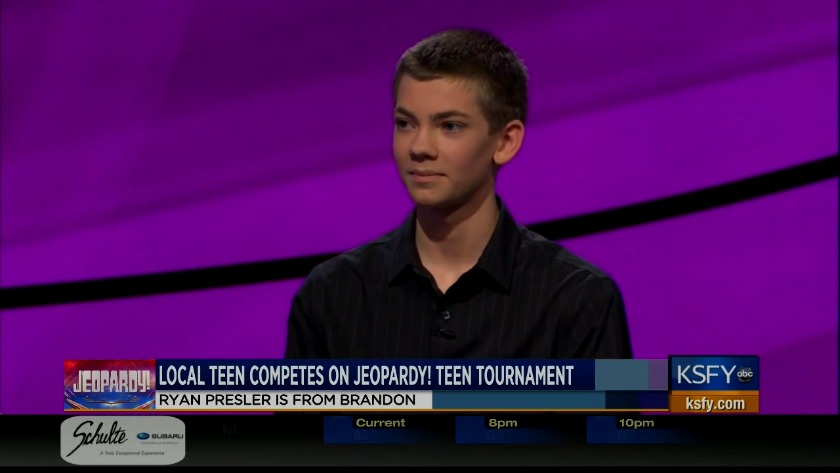 CULVER CITY, Calif. (KSFY) - From the Scripps National Spelling bee to the stage of Jeopardy! Ryan Presler's brain has gotten him far.

He says today was a great time.

"It was wonderful," Ryan said. "I don't think I can really explain it more than that. It was such a good experience."

His family has been along for the ride cheering him on, both his mom and dad have a lot to be proud of.

"I think I struggled more when I first got to the studio and saw him come on stage," said Kraig Presler, Ryan's dad. "It was kind of an emotional thing. Once he answered a couple (of) questions, I was a little more at ease."

"We just feel really blessed," said Joann Presler, Ryan's mom. "It's just been an amazing opportunity for Ryan. I think just watching all the contestants, you know they are all academically gifted. What really stood out to me is the character of all the contestants."

Ryan did well today but it was clear there were a lot of questions he didn't get to answer because of the buzzer. In the practice round, participants see how things work. Once the host is done reading the clue - a blue light that a production member controls flashes, giving the contestants the go-ahead to buzz in.

But he still fared pretty well. He still has a shot at snagging a wild card spot in the semifinals, but we won't know that until Friday.