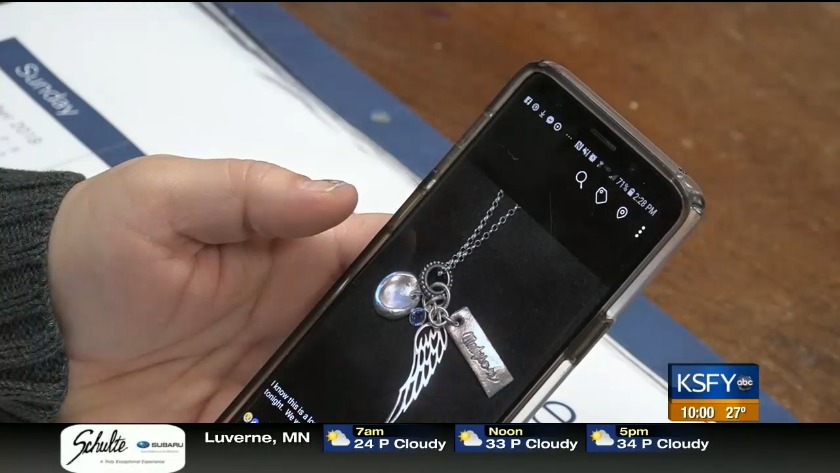 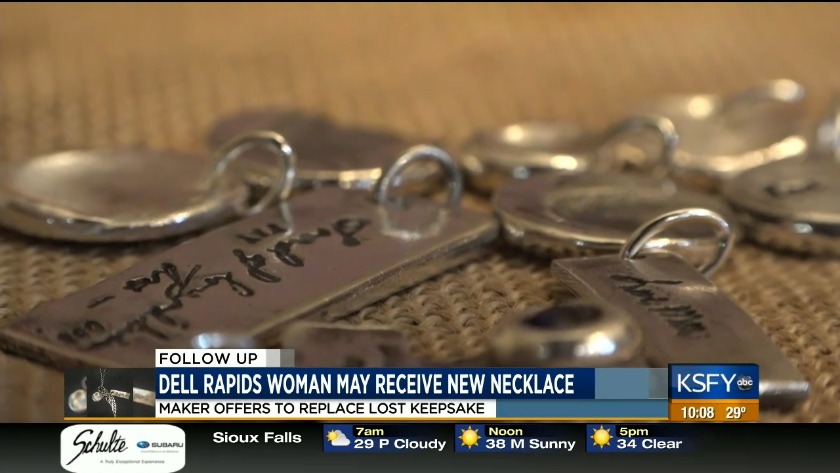 DELL RAPIDS, S.D. (KSFY) - A plea from a mother goes viral, as she seeks something lost, that is truly irreplaceable.

A mother in Dell Rapids is asking people in the Sioux Falls area to keep an eye out for a necklace she lost.

But, it's no ordinary piece of jewelry.

Three years ago this past July, Madyson Barbee was killed in a crash near Flandreau, a tragic accident that left two others dead and two seriously hurt.

"She was 11 when she passed away," Kendra LeBrun, Madyson's mother, said. "She this past September would've been her Golden Birthday, and she would've turned 15."

To keep her memory alive, Kendra was gifted a necklace to remember her daughter.

"My mom had actually gotten it for me three years ago for Christmas," she said. "And it was her fingerprint, her signature, and her birthstone and then an angel wing."

"My five-year-old always says that Maddie is his angel."

Now the community is coming together again to help find the special jewelry item.

"Dells has been amazing for my family after Madyson passed away, we were given just like amazing amount of support," LeBrun said. "I honestly didn't think it would go very far with me posting a picture of my necklace on Facebook."

The viral post is asking people to keep an eye out for the necklace.

Kendra made a quick trip to Sioux Falls with her family Wednesday night. Visiting the 60th street Walmart on the north side of the city, then headed to Little Ceasars on 10th and Cliff, then to Falls Park to look at the Christmas lights, walking across the pedestrian bridge, as well as, climbing the overlook tower.

The same person who created the necklace, Sagebrush Designs by Shelli, has offered to replace the necklace if it is not found.

If you have any information or find the necklace, message us on Facebook or Twitter, or e-mail us at news@ksfy.com.

Someone You Should Know: The gift of song

Someone You Should Know: The gift of song