Family speaks out after losing mobile home to fire 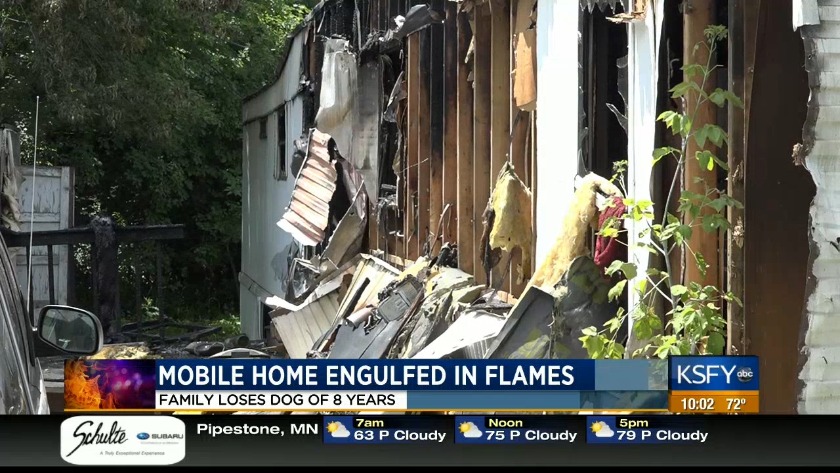 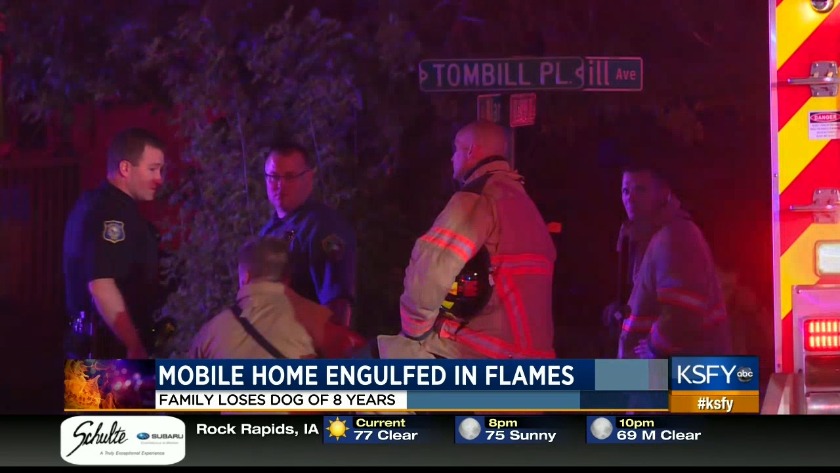 Family speaks out after losing mobile home to fire

Upon arrival the home was fully consumed with flames. Firefighters were able to extinguish the fire in 15 minutes, but by the time the fire was out the home was a complete loss.

Friday’s fire changed the plans for a family of four, but they are now receiving help from the American Red Cross.

A Sioux Falls family is picking up the pieces after their home caught fire Friday night. Brittany Fletcher and Anthony Block were both asleep when the fire started. They woke up to smoke and say it took only five minutes for the home to fill with flames.

"Looked like something on the stove started on fire or started the fire I should say. By the time I got out there the wall was on fire," Block said.

The two grabbed everything they could and got out of the house as soon as flames took over.

"I’m wearing a sibling's clothes from down the road," Fletcher said.

"I mean there wasn't much I could do by then. It was time to get out of the house," Block said.

"I have a 12-year-old daughter and I have a 9-year-old son and neither one of them know that their home is now gone," Fletcher said.

Thankfully they were with their dad at the time, but they did lose a family member who has been with them for eight years. Their Chinese Crested Powderpuff, Sally. They were able to grab one of their dogs, Cooper.

"You know those really ugly dogs that you see on TV shows like with the missing teeth and like the hair that was her," Fletcher said.

Still shaken up a bit she's finding a way to get through it all.

“To have to deal with all that emotion at once you can see her and to have her children go through that at the same time it helps that she can collect herself,” Block said. “The Red Cross kind of helped us out a little bit with a place to stay right now that's what we’re dealing with right now.”

Sioux Falls Fire Rescue is still investigating what happened and the family says their next step is to figure out where they're going to live.

Sioux Falls Fire Rescue wants to remind everyone to test their smoke alarms monthly and to have an evacuation plan in place.