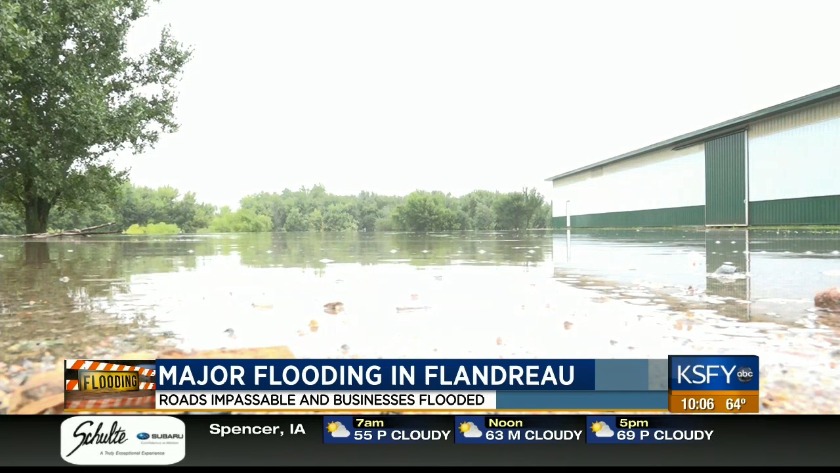 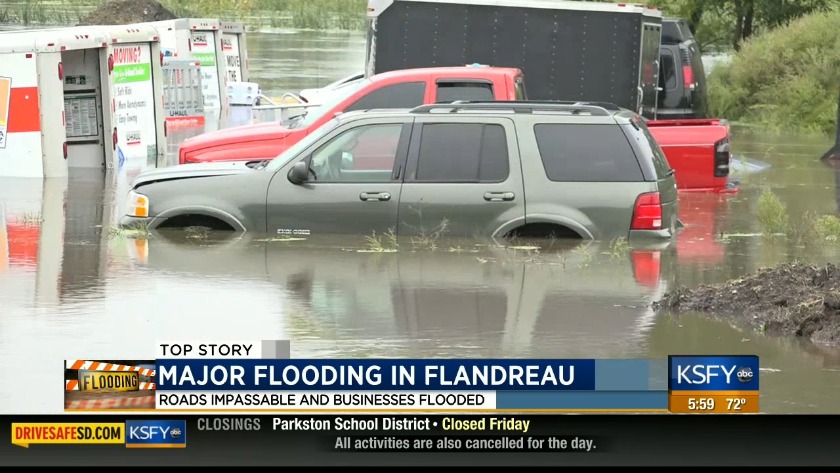 FLANDREAU, S.D. (KSFY) - A number of communities across the region are dealing with flooding Thursday after a new round of heavy rains. The city of Flandreau saw around seven inches over the last two days. Now a number of streets are impassable.

Residents are saying they don't want to go through this again.

"It's way higher than it was in the spring and I’ve lived here for nearly 70 years. I've never seen it this high," Flandreau resident, Jerry Doyle said.

Doyle said everything is underwater at Flandreau Park. He checked out the flooding from his bike. Crews have blocked off all flooded roads making it hard to see the damage done at the park.

Flooding is something this region is all too familiar with. Business owners Christina Schmidt and her husband Danny said this isn't the first time this year Mad Mary's has flooded.

"When the first thaw happened it flooded and this is probably the second time that we have had to deal with this," Christina Schmidt said.

People are quick to compare it to the flooding six months ago.

"But I think it's a little bit worse than spring," Schmidt said.

"There are a few people that live in the park, but I think they got them out this morning. There's a campground down here on the corner and they're all underwater," Doyle said.

Those homes underwater make the Schmidt’s business look better than OK, but it's still been stressful for them.

"It takes six feet of water in order to get to the cap and we had no idea that it would rise as fast as it did. Immediately, I called my dad. I called my family. Everyone dropped everything and all hands were on deck to help us," Schmidt said.

"It’s one thing that brings everybody together I guess. Not a good thing to happen," Doyle said.

KSFY News also reached out to the Flandreau School District since schools were closed Thursday due to the flooding. Superintendent Rick Weber is saying right now it's tough to tell if schools will open for class Friday morning.