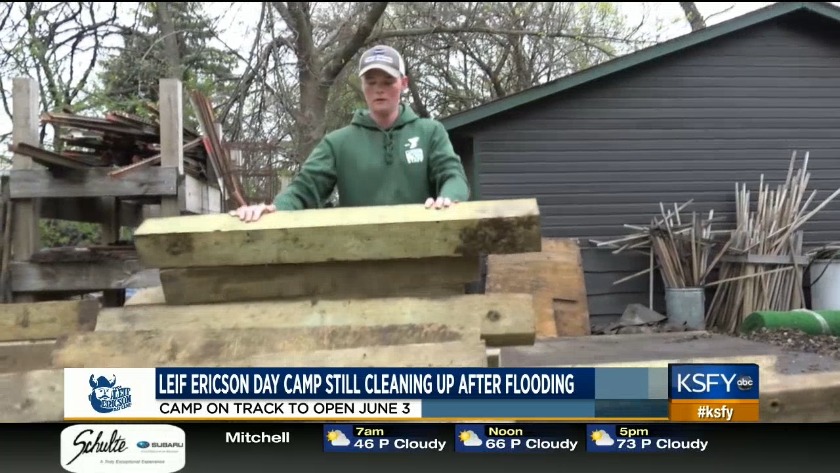 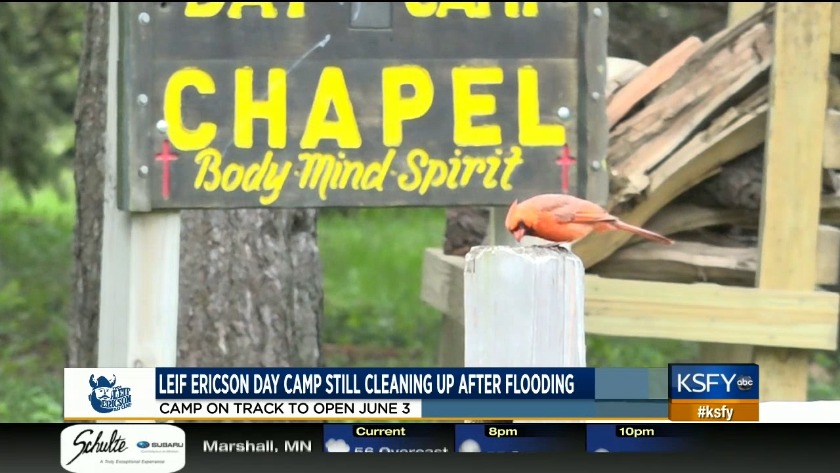 SIOUX FALLS, S.D. (KSFY) - The Leif Ericson Day Camp is gearing up for another summer with their campers, but first they have to get the camp site cleaned up before they can reopen.

The camp suffered major flooding in March destroying equipment, bridges and supplies. Clean up crews have constantly been working to return everything to normal before campers start showing up in less than a month.

Many volunteers have shown up over the past few weeks after the flooding happened to try and get the camp ready for this summer and they're almost done.

Leave your troubles and worries behind because the Leif Ericson Day Camp is scheduled to open in less than a month for 3,500 campers. It wouldn't have been possible without the help of the camp staff and community.

"We’ve had a great week this week. On Thursday, we had 175 volunteers," YMCA Executive Camp Director, Mike Murphy said.

"They came out and did some great work so we made some huge progress this week," Murphy added.

The camp was hit hard by the devastating March storm with flood waters coming from the Big Sioux River. The water damaged a good portion of the equipment on the camp site.

Staff and volunteers have continued to work hard every day to get the camp back to normal.

"We kind of got over the shock of that initial flood event obviously my mind went right to making sure we're ready for the campers this summer," Murphy said. "Obviously there's been some questions if we're going to be ready and what camps going to look like this summer, if it's going to be the same as it was and I’m happy to report that through all of the generous giving and the hours that everyone's put in it's going to be better than ever."

Nick Rovang was a camper at Leif Erickson for five years and said if it wasn't for the camp he wouldn't be the person he is now.

"This is my sixth summer out here at camp. It means the world to me it's my favorite place in the whole world I just really want it to be ready for all the campers out here," Rovang said.

Growing up the camp was able to teach him how to develop his mind, body and spirit so it's important the camp reopens for another year.

"It’s been amazing the support just looking at all the Facebook posts, the outreach, people offering help, people donating to the Go Fund Me. When I first saw that I was like wow there's no way we're going to make that goal then we surpassed it," Rovang said.

Murphy said the community immediately rallied around them and they saw how much the camp really means to all of the families in Sioux Falls.

The camp will open for the summer June 3.