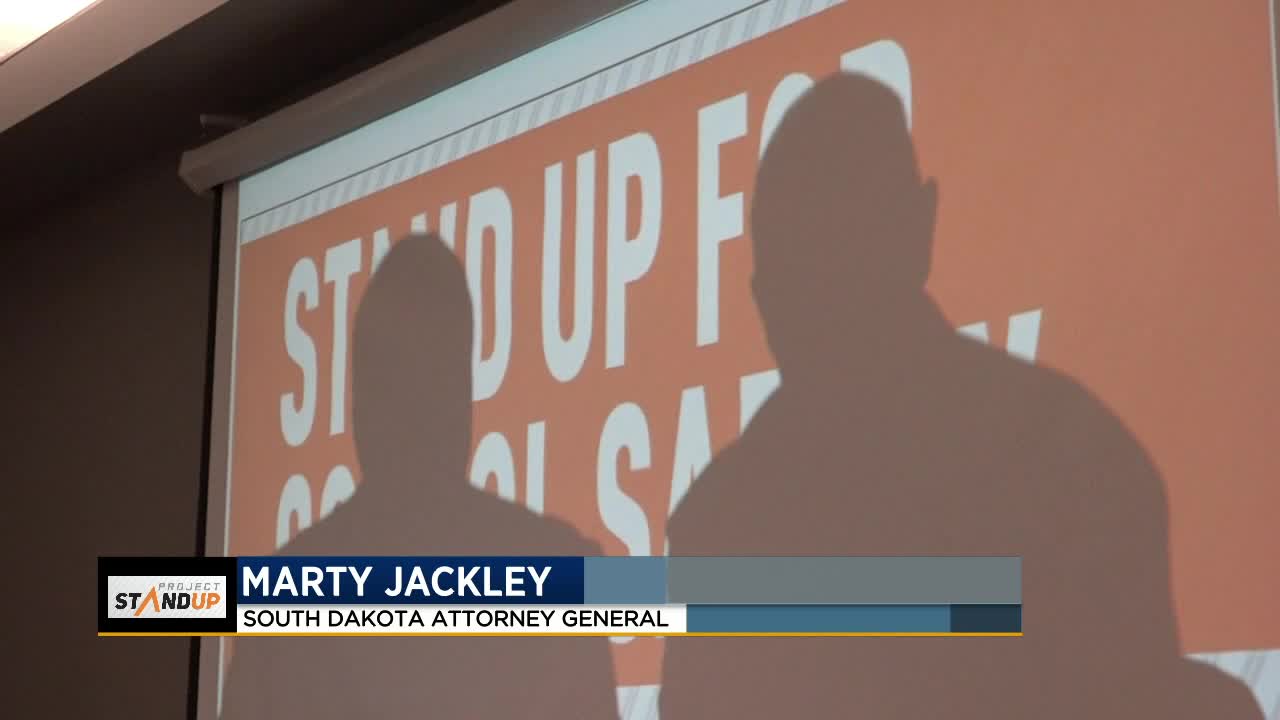 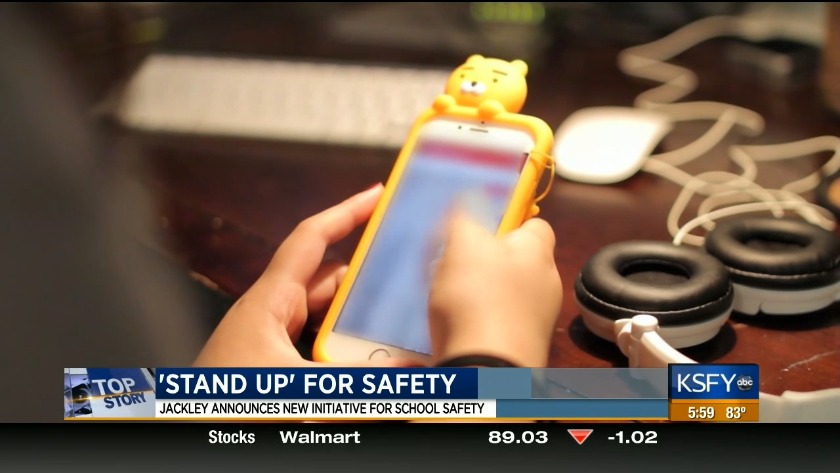 SIOUX FALLS, S.D. (KSFY) - As the kids ready to get back to school, South Dakota Attorney General Marty Jackley, along with more than a dozen members of law enforcement from across the state came together Thursday to introduce a new offshoot of Project Standup -- and this time it's aimed at school-aged kids.

The idea? To encourage kids, their parents and school staff and administration to report anything that might seem a little bit off. South Dakota is the seventh state to implement 'Standup for Safety.'

"Whether it's a suicide concern or other type of dangerous information, we need that information so that we can better protect kids," said Jackley.

With the number of school shootings on the rise, the idea is for it to be stopped before it can happen in South Dakota. But kids can use the number to take in any kind of threat or suspicious activity anonymously.

It's the same number -- 82257 -- but this time, text 'SAFE" instead of 'DRUGS.' You can report threats of potential harm to yourself or others. And because it's at the tips of their fingertips -- law enforcement is hoping kids will take advantage of it.

"The teachers and the staff at the schools all do what they can but the kids are the kids that know everybody in school," said Moody County Sheriff Troy Wellman. "And they know if say, little Tommy, is acting weird for the seventh day in the a row -- the kids know that. the teachers may notice it, they may not notice it."

The anonymous text line asks questions like, "name the state this threat is taking place," followed by the city and more detailed information including the person's full name, what the threat is and whether the submitter has photos or videos of it.

"You never see a kid without their phone, so they always have it, they can always text to that number and be able to report it right away," Wellman said.

And Wellman said in a smaller county like his, deputies' attention would pique if they began getting multiple texts about the same person or group.

The creator of Project Standup was on hand Thursday as well. He said the system is designed so officers can act immediately if there's a threat because the texts go right to the county or city where they're submitted to. He said, one isn't better than the other -- but that functionality makes it a little different than Crime Stoppers, which detectives usually typically check a couple times a day.

Project Standup was initially created to help suicidal veterans and could be rolled out at some point in South Dakota specifically to address things like suicide or others like domestic violence.

Two charged in string of robberies in Watertown

Two charged in string of robberies in Watertown