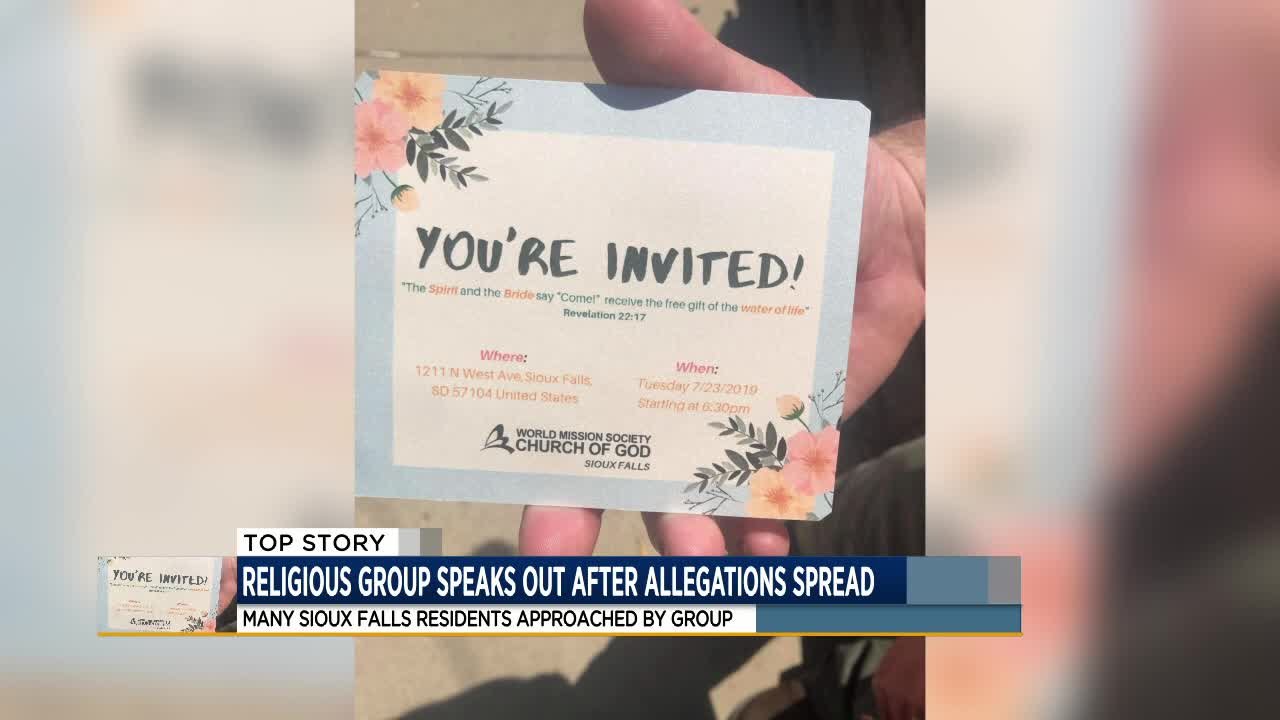 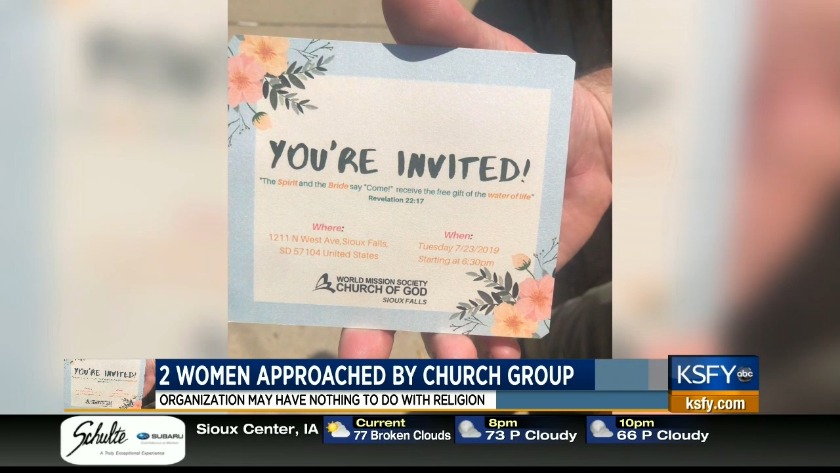 SIOUX FALLS, S.D. (KSFY) - A number of people in Sioux Falls say they've been approached by a group of people claiming to be affiliated with an organization called 'World Mission Society Church of God'.

But a search of that organization online shows their group may not be about religion. KSFY News spoke with leaders of the group Tuesday and they say none of these allegations are true.

A woman named Abby who does not want her last name released ran into two members from the World Mission Society and after that she says she felt a little uneasy and then found some interesting information. Now the group is speaking out to clear their name.

Abby can't get Monday afternoon out of her head. She went for a walk downtown with her friend when a man and woman approached them asking if they knew about the 'Mother of God.'

"And we were just like you know we're going to continue on with our walk," Abby said.

The man and woman wouldn't let them though. They asked Abby and her friend for a phone number to share a flyer for their upcoming church service.

"I declined. I was like I don't feel comfortable just giving you my phone number and then they seemed to not like the word no, they didn't like our answer," Abby said.

The whole situation left Abby uneasy. So she turned to Google and posted the flyer to Facebook to alert the public of her findings.

“It seemed to be related to cults and human trafficking," Abby said.

The World Mission Society members saw the post and were confused where the claims came from.

"The reason we go door to door is because we want to offer people the same opportunity we receive, to receive the good news," Campus Leader, Richard Foust said.

"And so to see that people had a groundless, fact less allegation about our group was a little bit hurtful," Campus Leader, Bezawit Girma said.

Abby’s post received thousands of shares people even sending in surveillance footage to back-up her story.

The Sioux Falls Police Department said Crimestoppers has received tips regarding the World Mission Society and they have detectives looking into it now.

Leaders with the World Mission Society tell me that these allegations against their group just aren't true. They also said the work they do has received many awards like the 'Volunteer Service Award' and others that have been presented to them by President Donald Trump.

This religious group is based out of South Korea. According to a pamphlet they hand out to the public the group has more than 7,500 churches in 175 countries around the world.