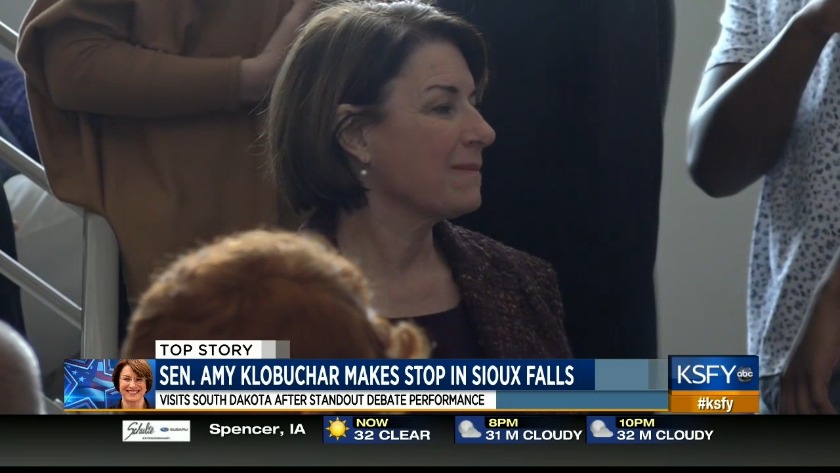 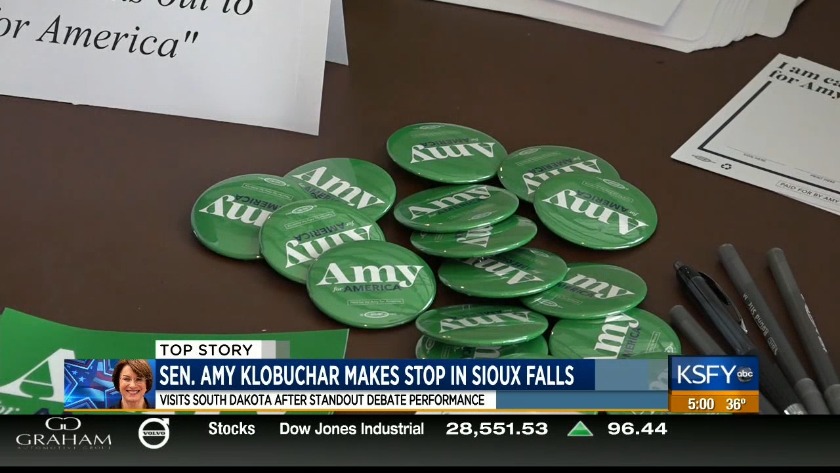 Senator Klobuchar is hitting the ground running as the Iowa caucuses’ inch closer, but before that the Minnesota Senator is reaching out to voters in neighboring South Dakota.

"I truly believe that we must have a candidate that can bring people in and not shut people out," Klobuchar said.

The host family only expected about 40 to 50 people to fill their living room, but far exceeded that.

"I was thrilled that we had someone of color become president and now I think it's time for women," Voter, Jeralyn Haffer said.

Haffer said she initially chose Elizabeth Warren, then Kamala Harris who dropped out of the race, then finally giving her vote to Senator Klobuchar.

"As long as I have a voice I’m going to try and get the message out that Amy’s trying to spread which is we need to stop the divisiveness. We really need to come together as a nation," Haffer said.

Klobuchar came in with knowledge of South Dakota jokingly bringing up the South Dakota wind cave that was talked about on the debate stage. Congressman Dusty Johnson took a shot at the senator on Twitter.

"He does a tweet and he says well finally something that Amy Klobuchar and I agree on and I’m like I don't even know you," Klobuchar said.

The friendly interaction did not take her attention away from addressing issues that matter most to her such as tackling healthcare and taking on the pharmaceutical industry.

Also matching job openings with the education system while addressing the cost of education and increasing the number of people with degrees.

Julian Beaudion, a democrat, is still undecided on his vote.