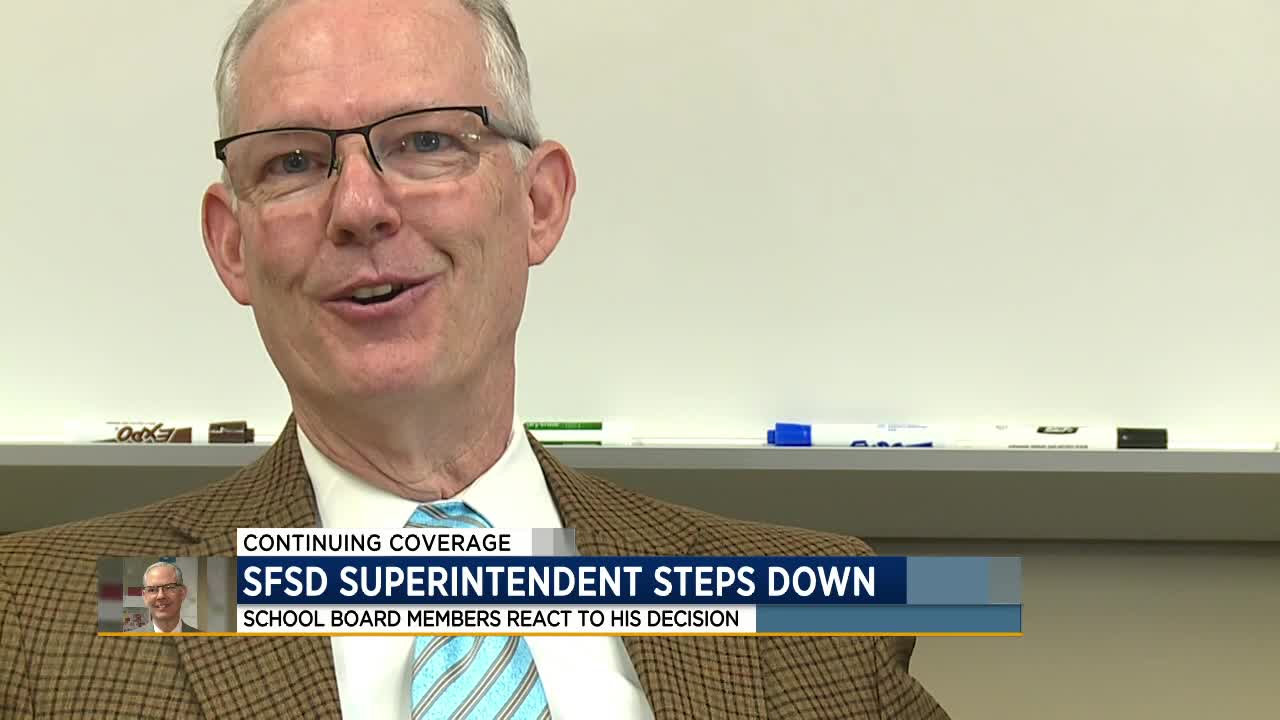 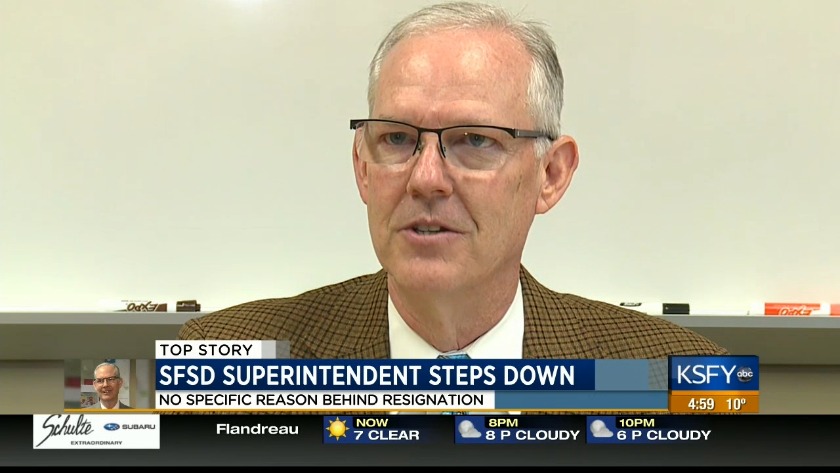 Dr. Maher gave no specific reason for his resignation only that it's time. He said he's been wrestling with this decision for some time now.
It’s an announcement that no one was expecting.

Maher said there's no specific event or destination that is pulling him away. He simply thinks it's time.

"But I really don't have a plan and I don't intend to quit working. I’m not wired that way," Sioux Falls School District Superintendent, Brian Maher said.

Maher has over two decades of school superintendent experience. The last five here in Sioux Falls, the state's largest district. It’s one that only continues to grow.

"And certainly from my perspective, I love what I’m doing so why leave? I don't know. That's a great question," Maher said.

When he interviewed for the position he said he had one grandchild now he has five that he wants to spend more time with. The family may stay in Sioux Falls or move back to Nebraska.

"Your leadership has been amazing and your family is lucky to have you back more but this family is sad to lose you," Sioux Falls School Board President, Cynthia Mickelson said.

Dr. Maher sat next to fellow board members who remember him as a man who brought so much to the table.

"The districts in a very strong position thanks to all the hard work and your ability to listen to the community," Mickelson said.

"I would lie if I said I wasn't horribly sad to see Brian go. Dr. Maher has set us up in such a great position," Sioux Falls School Board Member, Todd Thoelke said.

When Maher got to Sioux Falls he said it was already outstanding but his strategic planning helped fill in some gaps. He expects the next superintendent to do the same thing.

"What an honor it's been to sit in the seat that I’ve had the privilege of sitting in for the last five years," Maher said.

Maher said with his seven remaining months on the job he will be focused on the things he needs to get done. He added that his best memory was passing the $190-million bond issue that is currently building new schools.

The school board will come to a conclusion of what they think will be the best process for searching for a replacement.

They’ll reveal that information at a later date.