South Dakota turkeys prepare to get pardoned by President Trump 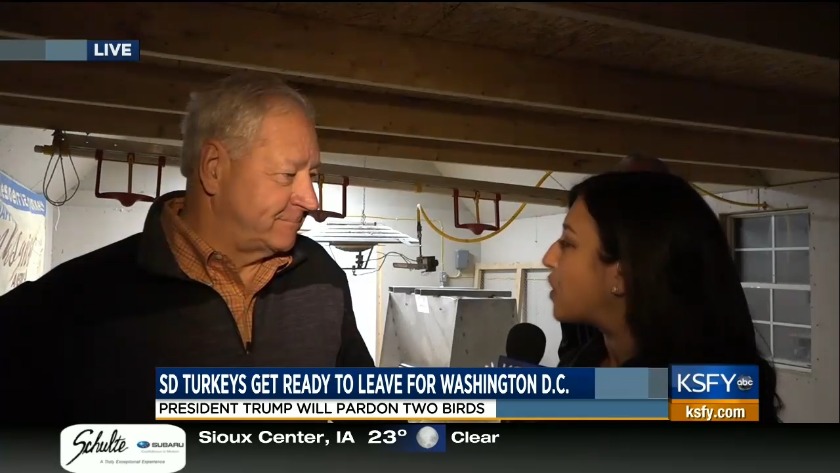 Getting Picked to Raise Turkeys for Washington D.C. 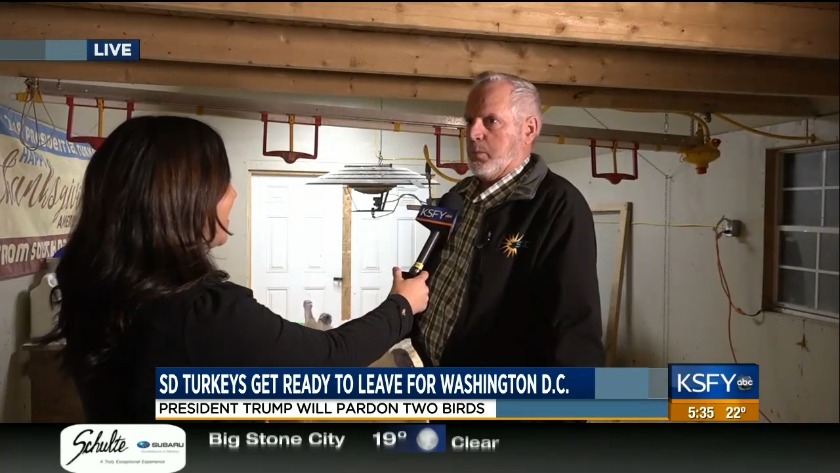 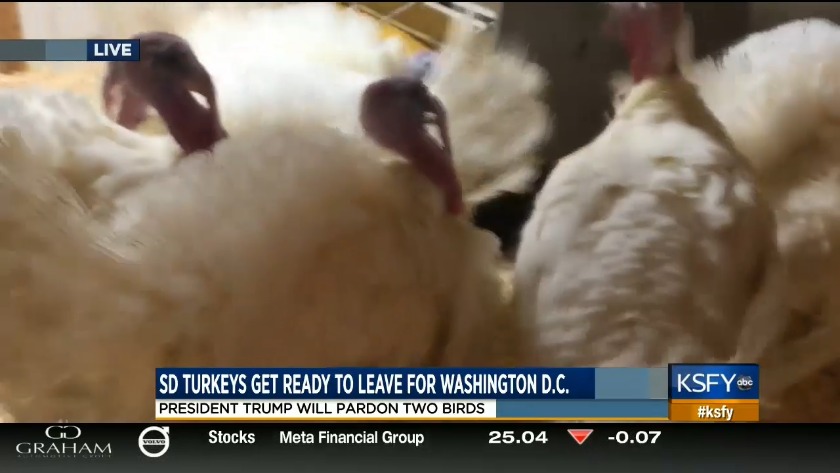 Turkeys to be Pardoned 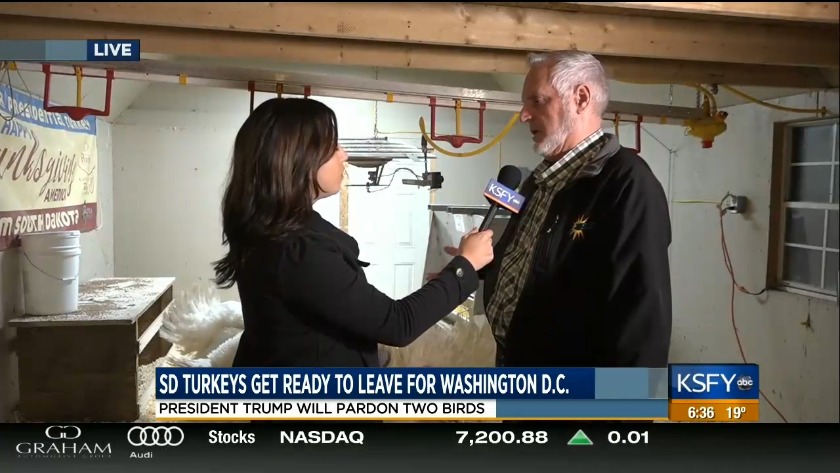 Preparing the Turkeys to be Pardoned

HURON, S.D. - Two turkeys that were raised in Huron will leave Saturday for Washington D.C. to be pardoned by President Donald Trump. They started a press tour Wednesday though. The public could go and see the birds at the Chamber of Commerce and Visitors Bureau in Huron at 10:00 AM Wednesday. Then, they traveled to the three elementary schools in the area to meet the students.

The birds will travel with the person who raised them, Ruben Waldner, to Washington D.C. He is the Riverside Colony turkey manager, who has raised turkeys for the past 35 years. He said he is excited and honored to travel to the nation's capital for this event.

The turkeys that will be pardoned have been eating a special food. Waldner has also been training them not to jump off a table. When they arrive in Washington D.C., they will stay inside a suite of the Willard Hotel. Before the president pardons them, they will be cleaned and Waldner will put baby powder on them to make them look shiny.

Jeff Sveen, the chairman of the National Turkey Federation, said he received official invitations from the White House last week to have two turkeys in his state pardoned. He said usually, wherever the chairman of the National Turkey Federation is from, is where the turkeys are raised to be pardoned. This year, that was in South Dakota for the first time. This tradition has been going on for more than 70 years.

President Trump will pardon them on Tuesday, then they will head to "Gobbler's Rest," at Virginia Tech, where they will live out the rest of their days in comfort.

The public was invited to name the turkeys by November 11th. The chosen names will be released Monday by the White House.